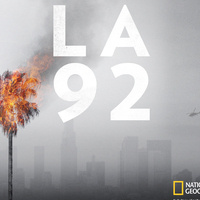 JWU has been included in a small group of colleges and universities chosen to screen National Geographic’s new documentary, “LA92,” which commemorates the 25th anniversary of the LA riots.

“LA92” reconstructs the tumultuous days that changed America, exclusively drawing from more than 1000 hours of powerful, and never-before-seen footage. The film challenges our cultural and political perspectives, in addition to our own memory of the events, leading up to the riots.

The film had its premiere at the Tribeca Film Festival on April 22nd — learn more about the film here.  The screening will be followed by discussion. Food will be served.